Aerial Imagery for the HJ Andrews and Surrounding Areas

The Andrews Forest maintains an archive of aerial photographs and imagery from remote sensing.  Most of these images are available in digital format, but the file sizes are quite large and may require special arrangements. 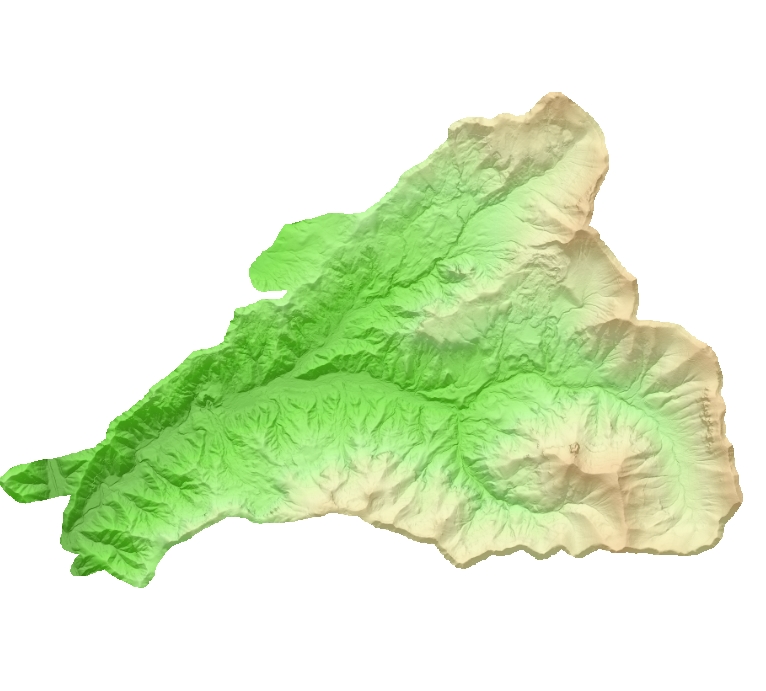 Light detection and Ranging (LiDAR) is a remote sensing system used to collect topographic and land cover data. LiDAR data are collected with a laser system which is mounted to an aircraft that emits laser pulses toward the ground. The laser pulses reflect off of terrestrial surfaces are then received by the sensor that records the time elapsed. Using the speed of light, aircraft position and attitude information, the system then calculates the point from which the laser was reflected. High quality systems emit up to 150,000 laser pulses per second and record at least four returns per laser pulse. This allows for the differentiation of forest canopy from the bare ground, (e.g. understory and overstory). In essence, layers of vegetation become visible and are distinct from the topography (Bare Earth model). High quality LiDAR can accurately measure the elevations of terrestrial surfaces (i.e. ground surfaces, buildings and vegetation) at 0.3-0.5m vertical resolution and at 1.0m2 horizontal resolution and are ideal for high resolution DEM and stream, riparian and forest mapping. LiDAR data points are processed to generate digital terrain models (DTMs), vegetation canopy surfaces, and building surfaces.

LiDAR flights covering the Lookout Creek watershed were conducted in fall of 2008 (detailed report) and 2014.  A flight covering the upper Blue River Watershed to the north of the Andrews Forest was completed in 2011.  Access to the raw data (very large files) can be arranged by contacting the Andrews Information Managers.  Select images from processing of the 2008 Andrews Forest LiDAR data are available for download, below.

Cover metrics were created with the Fusion COVER command. These cover maps were created using all returns. Canopy closure is defined as the number of returns over a specified height threshold divided by the total number of returns within each cell. Map groups below are for the indicated horizontal resolution and contain multiple maps at different vertical thresholds.

Height metrics were created with the Fusion GRIDMETRICS command. These height maps were created using only first returns (top of canopy). Descriptive statistics are computed by raster cell, and each page of the map group indicates the statistic that was generated. Mean height of elevations >2m means that all lidar returns under 2m are ignored. Statistics at 1m horizontal resolution were not computed because many cells did not have enough points to generate output.

A digital orthophoto quadrangle (DOQ) is a computer-generated image of an aerial photograph in which image displacement caused by terrain relief and camera tilts has been removed. It combines the image characteristics of a photograph with the geometric qualities of a map. The imagery can be used within a Geographic Information System (GIS) because it has been geo-referenced to the earth surface.

Oregon Statewide aerial imagery is available on-line for 1995, 2000, 2005, and 2009 at the Oregon Imagery Explorer. You can stream the imagery into your application or view and/or download the imagery. Follow the instructions at the link.

There are historical orthophotos available for the HJ Andrews Experimental Forest, for the following years: 1959, 1967, 1979, and 1990. These orthophotos were generated using the 2008 LiDAR Digital Elevation Model (DEM), and aerial photography. Contact the Andrews Information Managers for access to these images.

Digital (and hardcopy) aerial photographs (9x9 format) are available for the HJ Andrews for the following years:

Make arrangements with the Andrews Information Managers for access to the aerial photographs.