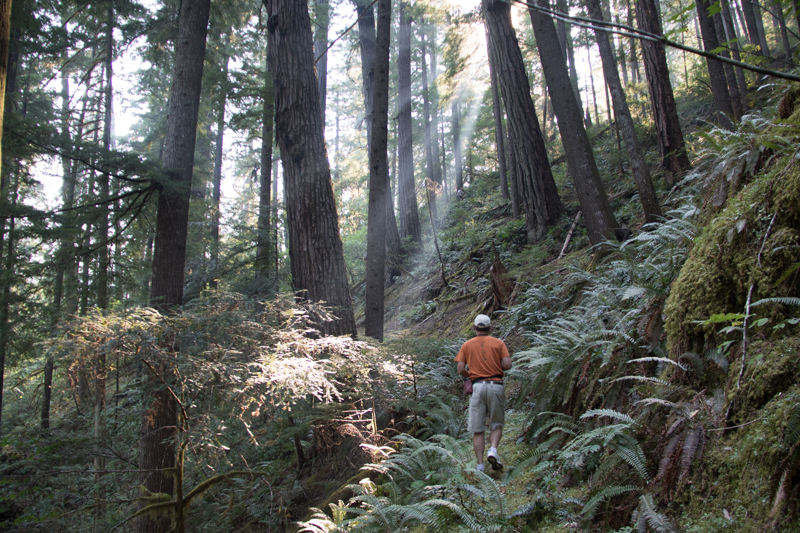 In mountains, the air is often colder at higher elevations than at lower elevations. But under certain conditions, cold air can pool in valleys making the air colder at lower elevations than at higher elevations, creating what’s called a temperature inversion.  Understanding how and when cold-air pools form will help us understand what temperatures plants and animals on the landscape experience.  With that understanding, we may be able to anticipate, and manage for, the effects of potential future climate warming on plants and animals in mountain ecosystems.

In a recent study, researchers used decades of data from the Andrews Forest—measurements of air temperature, sunlight, wind, and rain—to understand how cold-air pools form, break up, and change throughout the day and from season to season.  A key finding is that cold‐air pooling was actually the norm, and not the exception, under the forest canopy.  Also, the researchers identified cold-air pools much more often in narrow valleys (~1 to 2 km wide) than what was previously estimated from basin-wide (~10-km scale) measurements.  Further, the researchers found a difference between the major causes of daytime and nighttime temperature inversions.  Nighttime inversions throughout the year seemed to be primarily influenced by the regional climate, such as wind patterns and cloud cover, while daytime inversions appeared to be more influenced by local factors, such as shading by the forest canopy.