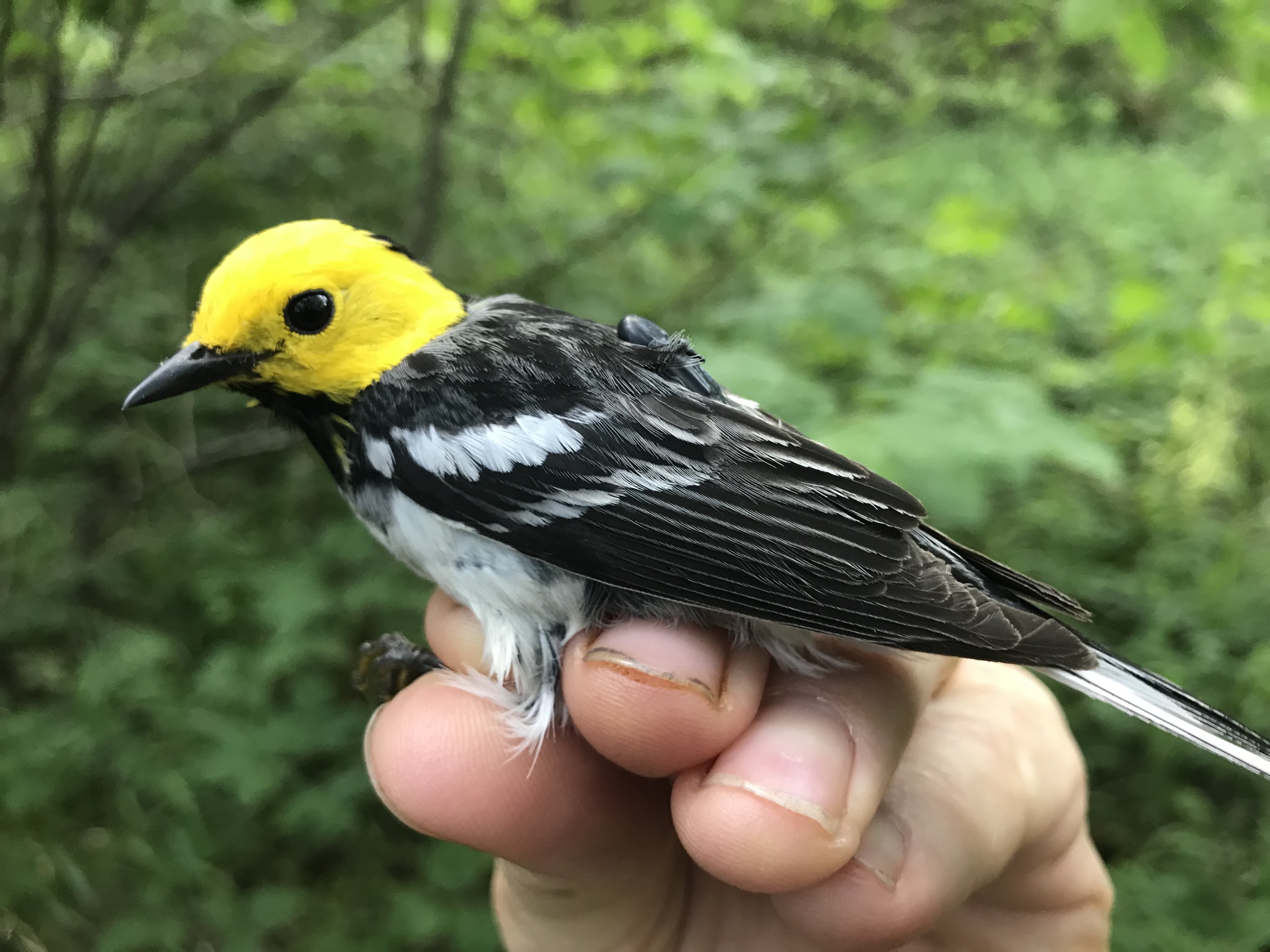 A tiny geolocator, carried as a "backpack" by the bird, will allow researchers to track how and when a bird moves through its migration route between the Pacific Northwest and Central America.

Hermit Warblers are endemic breeders in forests of the Pacific Northwest; they migrate to Central America (Mexico south to Costa Rica) during their non-breeding period. A new study at the Andrews Forest aims to document migration routes, locations, and migratory connectivity of Hermit Warbler populations. For instance, where will birds from the Andrews Forest, southern Washington, and the Sierras of California overwinter? For the Hermit Warbler, changing climate and habitat loss in the breeding grounds seem to drive population losses. The new study will help us understand whether climate and habitat on the wintering grounds have similar influences, and whether habitat quality on the breeding grounds influence migration behavior. Stretching our knowledge across seasons and over borders will help us make sound conservation strategies for the migratory Hermit Warbler.