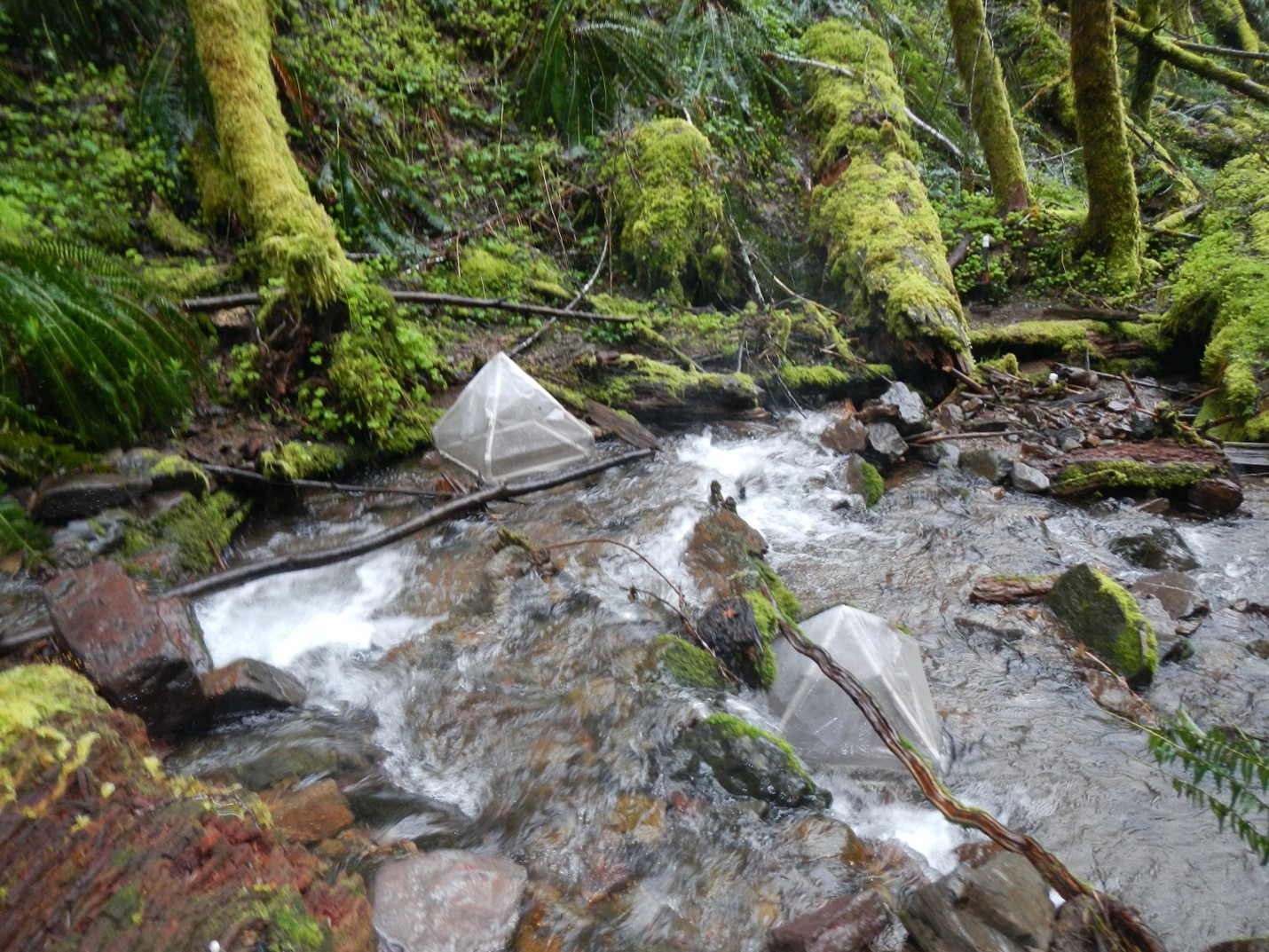 Traps set above the stream capture insects as they emerge out of the water, allowing scientists to track the type of insects, numbers, and timing of emergence.

Phenology is the study of the timing of major life-cycle events of organisms. A general prediction under climate change is that phenological events will occur earlier with increasingly warmer temperatures. For aquatic insects, a major life-cycle event is emergence, the transition of the aquatic juvenile stage to a terrestrial flying adult. We asked a simple question: If aquatic insects experience warmer water, do they emerge earlier? The answer, it turns out, is not so simple. We evaluated springtime emergence timing for two common species of stonefly, one mayfly, and one caddisfly across six headwater streams of the Lookout Creek basin, for six consecutive years. The six streams spanned a thermal/elevation gradient, and mean water temperature also varied through time by 1.6℃ (2.9℉) on average between the coolest and warmest years.

Among the four species, we detected three major responses. (1) The caddisfly responded directly to springtime temperatures, emerging predictably earlier in both warmer streams and in warmer years. (2) One of the stoneflies had a naturally lengthy emergence period (up to three months), such that differences in timing among streams or years were not detectable. (3) The final two species, a mayfly and the other stonefly, showed an intriguing pattern of nearly synchronized emergence throughout the Lookout Creek basin within individual years but in warmer years, they all emerged substantially earlier than in cooler years. This third pattern suggests intricate physiological mechanisms likely associated with timing and length of winter dormancy to ultimately coordinate mating periods. These final two species have short adult life spans, a characteristic that could make it “worth it”, evolutionarily speaking, to have complex physiological mechanisms for coordinating emergence among streams. After all, individuals of these species are in a major time crunch to mate and lay eggs.

Overall, despite the high variability in physiological response among species, our results meet general predictions and observations from other systems: we can expect aquatic insect emergence to occur earlier in the Lookout Creek basin as temperatures continue to warm.