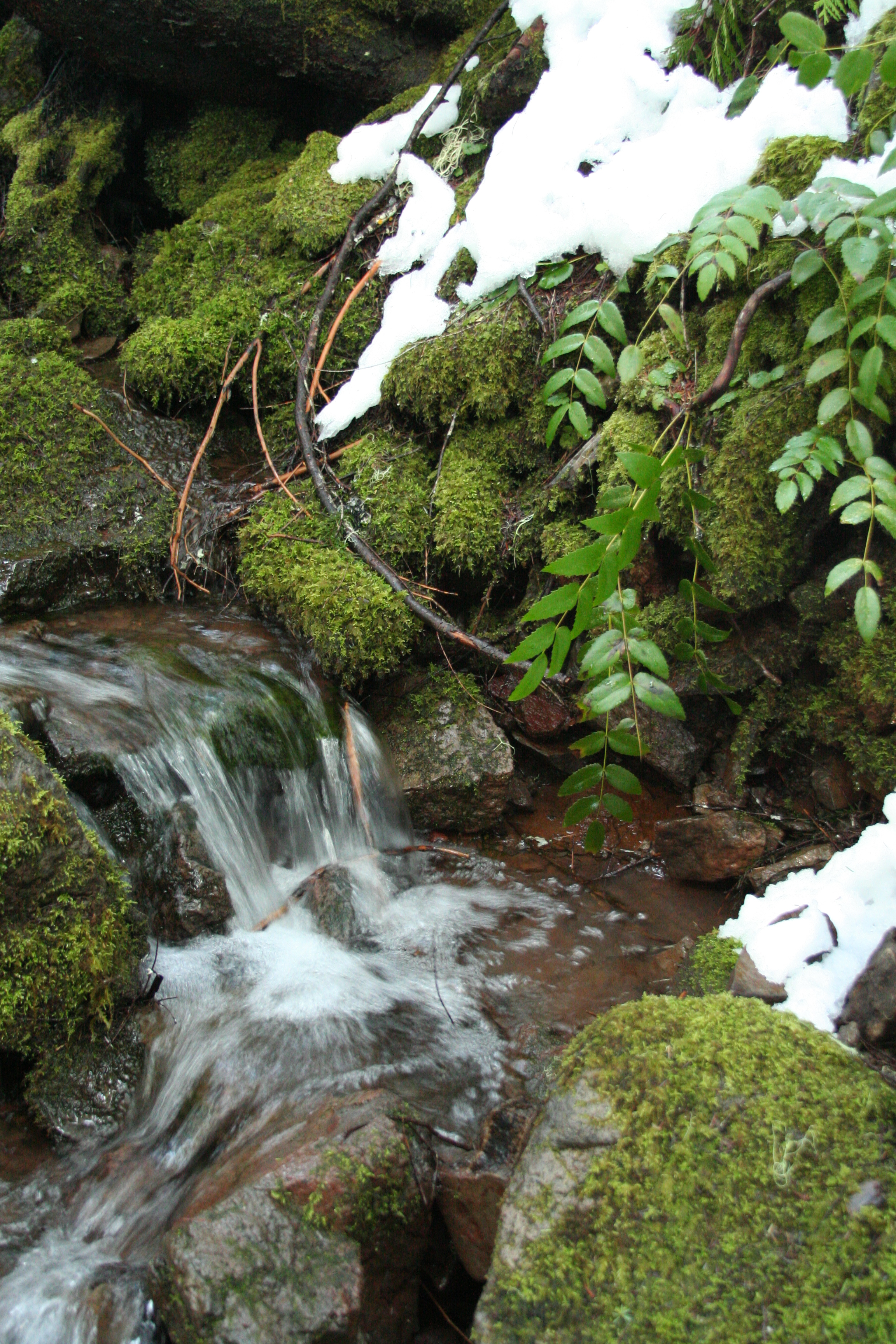 A snow drought occurs when warm temperatures result in mountains receiving a higher proportion of precipitation as rain instead of snow.

A snow drought occurs when warm temperatures result in mountains receiving a higher proportion of precipitation as rain instead of snow. A new study measured the effects of the 2015 snow drought on water transit time, the time that water molecules spend moving through a basin. Dr. Catalina Segura modeled transit time in seven basins in the H.J. Andrews Experimental Forest and found that mean transit times during the 2015 drought were shorter (< 2yrs) than in 2016, 2017, or 2018. The lack of a snowpack in 2015 likely resulted in lower infiltration of water in the soil which limited the connection between water received as precipitation during 2015 and old ground water stored in the landscape. The 2016–2018 transit times were longer (2–6 yrs) varying widely across all basins but especially within the smaller high elevation watersheds, indicating that the impact of the 2015 snow drought was stronger in basins that depend heavily on snowmelt input.  These results were based on the analysis of water stable isotopes in 796 samples of stream water and precipitation. Although the impact of the 2015 snow drought appears short-lived, these results are critical considering the expected regional snowpack decline as the climate warms in the western USA.