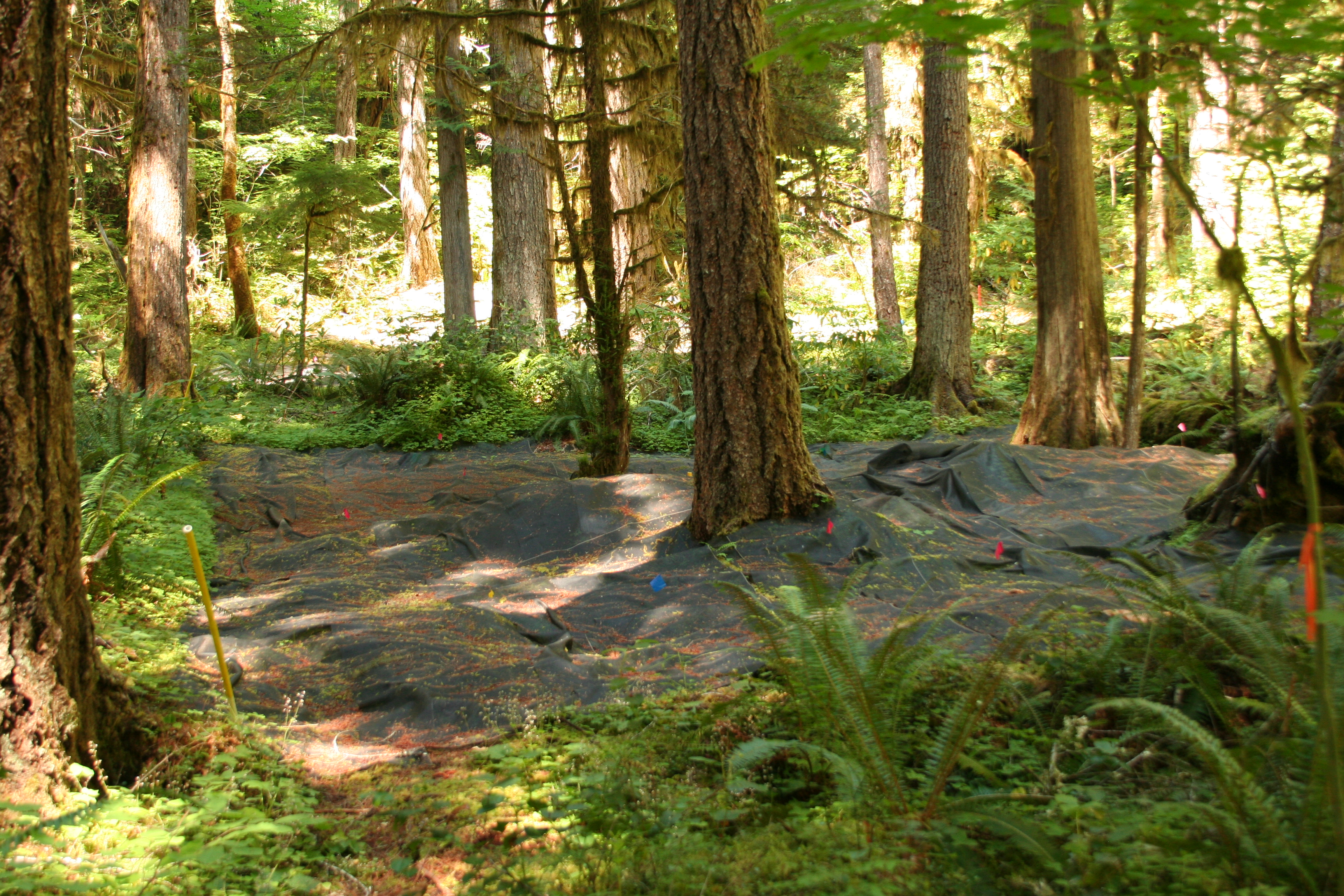 A study site in the Detrital Input and Removal Treatment experiment (DIRT) at the H.J. Andrews Experimental Forest.

Soil is the largest store of carbon (C) in the terrestrial biosphere, containing more than twice as much C as the atmosphere. Hence, even small changes in soil C may have a relatively large effect on atmospheric carbon dioxide (CO2) concentrations that modulate earth's climate. Protecting soil carbon and harnessing the sequestration potential of our soils requires an improved understanding of the processes through which soil organic carbon (SOC) accumulates. After twenty years of the Detrital Input and Removal Treatment experiment (DIRT) in the H.J. Andrews Experimental Forest, we analyzed the response of SOC stocks and pools (particulate vs. mineral associated C) to separate additions and removals of above (litter) and below ground (roots) organic matter inputs. Surprisingly, we found that the death of all live roots led to an increase in mineral associated SOC, which offset coincident losses in particulate SOC and led to an increase in the total SOC stock. This suggests that root activity may limit SOC stabilization. In contrast to recent theory, SOC stabilization did not increase in response to increases in more easily decomposed litter inputs (low C:N). In contrast, twenty years of regular additions of wood litter (high C:N) led to a large increase in bulk SOC. These findings offer insight into the pathways controlling SOC stocks and provide potential explanations for the often-limited potential to increase stabilized SOC in many vegetated soils and the observed buffered responses of soil C stocks to disturbances such as drought, fire, and timber harvest.