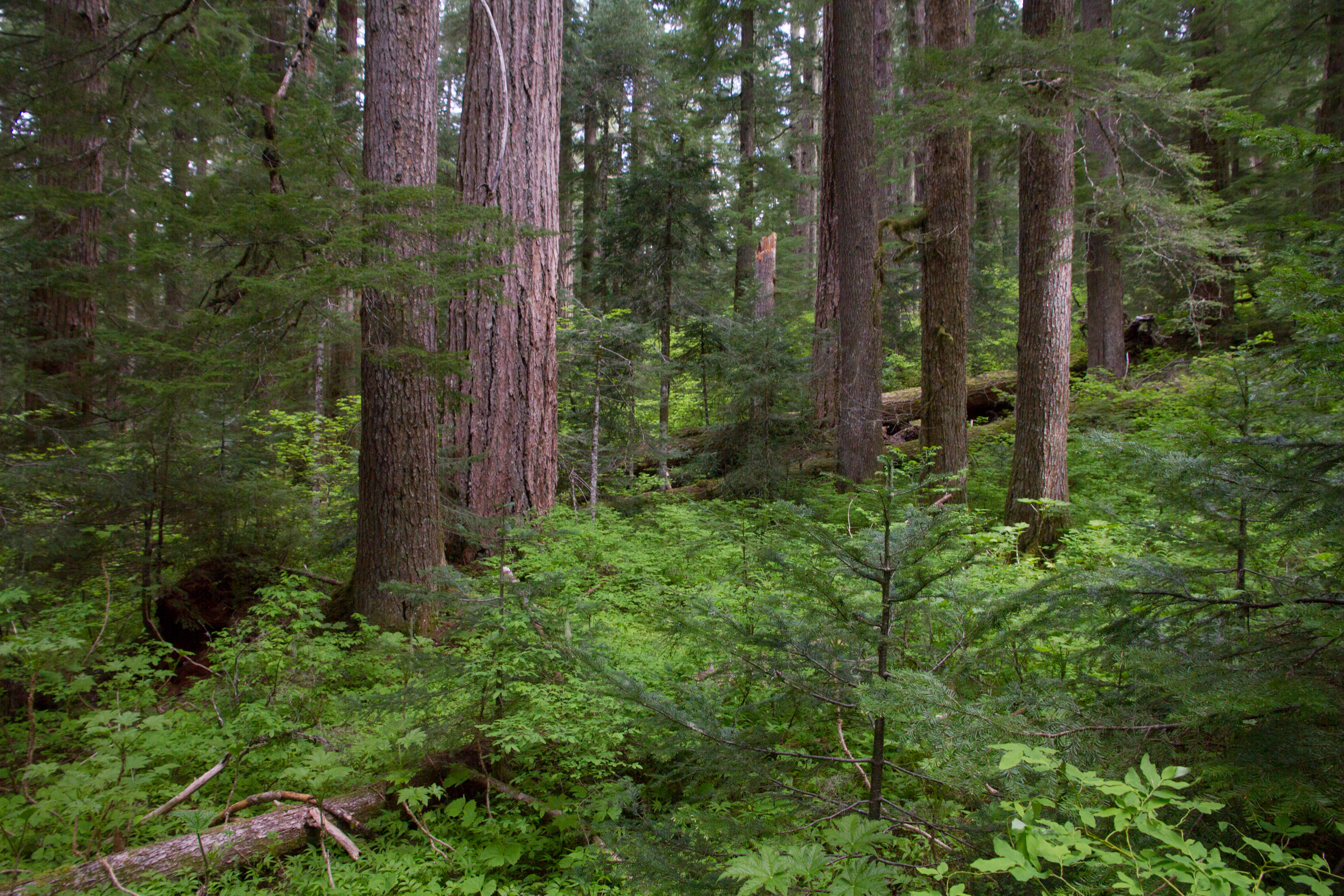 The Pacific Northwest has some of the highest forest-carbon densities in the world.

The amount of carbon stored in tree trunks, branches, leaves and other biomass — what scientists call “aboveground live carbon” — is determined more by timber harvesting than by any other environmental factor in the forests of the Pacific Northwest, according to a report published by researchers at Oregon State University: "Complex mountain terrain and disturbance history drive variation in forest aboveground live carbon density in the western Oregon Cascades, USA" (doi:10.1016/j.foreco.2016.01.036).

In forests that are about 150 years old or less, live carbon above the ground is associated primarily with the age of a stand — reflecting how long ago it was harvested — rather than with climate, soil, topography or fire. However, as forests mature into “old growth,” the density of carbon is determined largely by factors other than harvesting.

The Pacific Northwest has some of the highest forest-carbon densities in the world. Understanding how much carbon is stored in growing forests is a critical component of international efforts to reduce climate change.

Researchers found that air temperatures, sun exposure and soils were also important in driving the variation in live carbon across the region. High-elevation forests tend to be cooler and contain lower amounts of carbon than do low-elevation forests.

Researchers conducted the study at the H.J. Andrews Experimental Forest in the Cascade Range east of Eugene. They combined data from two types of measurements: LiDAR (an aerial mapping technique that uses lasers) and ground-based forest inventories in which scientists measured tree growth at 702 forest plots. The study is one of the few to quantify carbon in living forest biomass in mountainous terrain.

Harold Zald, research associate in the College of Forestry, is lead author of the paper published in the journal Forest Ecology and Management.

“Very few studies have looked at above-ground carbon at a landscape scale with the combination of LiDAR and detailed disturbance history (logging and fire) that we have at the H.J. Andrews Forest,” said Zald. “These findings can be applied to the Douglas-fir dominated forests on the west slope of the Cascades in Oregon and Washington.”

The researchers found that fire was not a significant driver of carbon density in the H.J. Andrews. In the last century, these forests have experienced little severe “stand replacing fire,” but it’s possible that fire played a significant role in shaping the structure of old-growth forests and increasing carbon density over time. “Remnant old-growth trees resulting from non-stand replacing fires likely enhance the recovery of forest C (carbon) density,” they wrote.

The study was conducted by researchers at Oregon State University, the Pacific Northwest Research Station of the U.S. Forest Service and the University of Natural Resources and Life Sciences (BOKU) in Vienna, Austria.

This story is also available at http://bit.ly/1U7tKrT.