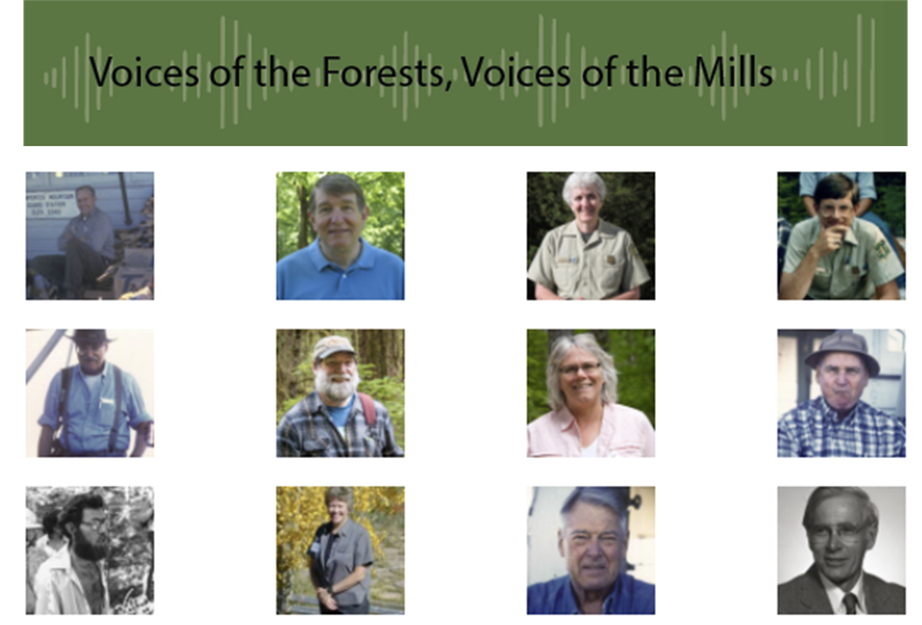 "Voices of the Forests: Voices of the Mills" archive is in the OSU Library Special Collections and Archives Research Center

Sixty oral histories totaling more than 160 hours of interviews of Andrews Forest researchers and staff and participants in Northwest Forest Plan formulation are now available online in the Voices of the Forests: Voices of the Mills archive in the OSU Library Special Collections and Archives Research Center.

Some of these records gathered from as early as 1991 are already being used in storytelling and historical work, such as the Oregon Public Broadcasting’s podcast “Timber Wars” which aired in 2020, and in a book on the Northwest Forest Plan currently in preparation by Norm Johnson, Jerry Franklin, and Gordie Reeves (OSU Press).

The interviews cover topics such as the establishment of the LTER Network and the Andrews Forest research program [Jerry Franklin, Art McKee] and the life of a District Ranger working closely with researchers during the Forest Wars of the early 1990s [Lynn Burditt, Steve Eubanks], to the plans for information management designed to carry through the decades [Susan Stafford].  In one interview, you’ll hear Eric Forsman’s reflection on growing up as a kid observing birds and other wildlife along the McKenzie River on the outskirts of Springfield; through his career as a Forest Service scientist, Eric focused on the northern spotted owl and now, in retirement, sees the species on the brink of extinction.

Another effort in historical archives work is the recent posting of the personal and professional records of Horace Justice (HJ) Andrews. This collection of 152 digital records is online as a database (SS008) in the Andrews Forest databank.  The collection includes early personal records of the 1920s, correspondence, news articles, and condolence letters to his widow from government officials, including Supreme Court Justice W. O Douglas.

Thanks to historians Sam Schmieding and Max Geier for their critical roles in this work, and for the support of Fred Swanson in the efforts to archive these records.